XY Jet left his trainer Jorge Navarro and Gulfstream Park fans in awe on Saturday with a runaway win at sonic-like speed in the $100,000 Mr. Prospector Stakes (Grade 3).

On Tuesday, Navarro said that XY Jet “came out of the race good.” So, he added that he and owner Gelfenstein Farm are planning that the horse’s next race will be the $150,000 Sunshine Million Sprint at Gulfstream on Jan. 16.

The Mr. Prospector and Sunshine Millions Sprint, which is restricted to Florida breds. are both six furlongs on dirt. XY Jet (photo on home page) won the Mr. Prospector in 1:08.56 on a track listed as fast.

In the Mr. Prospector, XY Jet jumped out to an early lead under jockey Emisael Jaramillo and was never challenged as he beat the late-running Grande Shores by 9 ¼ lengths.

It was the 3-year-old gelding’s third wire-to-wire win in his last three starts, after being sidelined six months with injuries.

“I expected him to run a big race, but I was surprised at how big it was,” Navarro said.

Just how fast was the dark grey XY Jet?

If XY Jet has a strong race in the Sunshine Millions, Navarro said a $2 million race in the United Arab Emirate of Dubai on March 26 could be part of the horse’s 2016 schedule.

“Dubai is one of the possibilities,” Navarro said, “We will need to see what happens in the Sunshine Millions. This (Gelfenstein) is an owner that will always do what is best for the horse.”

Big Drama set his Gulfstream records ten weeks after he won the 2010 Breeders’ Cup Sprint (Grade 1) at Churchill Downs and two days before he was announced as the winner of the 2010 Eclipse Award as Champion male Sprinter.

XY Jet’s win in the Mr. Prospector was his first in a stakes. His achievements thus far are not in a league with champions like Big Drama.

But XY Jet’s race in the Mr. Prospector produced an exhilarating end for a 2015 campaign that began with optimism and had some injuries in between.

XY Jet is a son of Kantharos, who has produced the most winners among horses that began stud duty in Florida in 2011. Gelfenstein Farm bought XY Jet for $56,000 at the Ocala Breeders’ Sales Co. sale in August 2013.

XY Jet ended 2014 with a second place finish that Dec. 14 in the seven-furlong Pasco Stakes at Tampa Bay Downs.

This past Jan. 24 he finished second in the seven-furlong Hutcheson Stakes (Grade 3) at Gulfstream.

But on March 7 at Gulfstream, he almost fell shortly after the start of the seven-furlong Swale (Grade 2) and was eased in the stretch by jockey Jesus Rios.

It was soon discovered that XY Jet had several injuries, including a bone chip in one of his knees.

During the summer Gelfenstein switched XY Jet to Navarro from Antonio Sano, another of its regular trainers whose achievements include being leading trainer in wins last year and this year in the Gulfstream Park West meets held at Calder.

“I was at Monmouth Park, and he was one of several horses they sent up to me,” Navarro said,

Navarro led trainers in wins at this summer’s meet at Monmouth in Oceanport, N.J. One win was by XY Jet on Sept. 20 in an allowance/optional claimer at six furlongs.

XY Jet was among the horses that Navarro during October brought back to his barn at Calder.

XY Jet was the 2-1 second betting choice in the Mr. Prospector, and was the only three-year-old in the seven-horse field.

Stallwalkin’ Dude was the 7-5 favorite, based on his strong season that included a win in the Claiming Crown’s seven-furlong Rapid Transit Stakes at Gulfstream on Dec. 5.

The big question was whether any horses could challenge XY Jet in the early running and perhaps set the race up for Stallwalkin’ Dude or others, in particular Speechify who won last year’s Mr. Prospector.

The answer was a resounding “no.”

XY Jet shot to the front and set fast fractions. He led Singanothersong by 1 ½ lengths after a quarter mile in 21:92 seconds.

He expanded that lead to 7 ½ lengths, with Singanothersong still second, after a half mile in 44.29 seconds.

XY Jet was basically on cruise control the rest of the race as he won for the fourth time in 12 career starts. He also has five second place finishes and one third place finish. 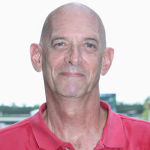 Grande Shores rallied from seventh and finished three-quarters of a length ahead of his stablemate C. Zee. Both horses are trained by Stan Gold and owned by Fred Brei’s Jacks or Better Farm.

The result continued the strong 2015 Gold-Jacks or Better record of having at least one horse in the exacta in a Gulfstream sprint stakes.

“It’s too bad that we had to run into that,” Gold said of XY Jet in the Mr. Prospector.

But it wasn’t bad for exotic bettors who went with the speed of XY Jet and the Gold-Jacks or Better angle.

Wildcat Red is among likely entrants in the Sunshine Millions Sprint and would be among the favorites, in the betting and among fans in general.

The Sunshine Million race would be Wildcat Red’s first since Sept. 28, when he finished fifth in the Vosburgh (Grade 1) at six furlongs at Belmont Park.

“He’s been looking good, and he’s back in training with our goal to bring him back at his home track in the Sunshine Millions,” said Jose Garoffalo, the trainer of Wildcat Red.

In 2014, Wildcat Red gained national as well as local prominence by winning the 1 1/16 mile Fountain of Youth (Grade 2) and finishing second in the 1 1/8 mile Florida Derby (Grade 1) at Gulfstream. For this year, Garoffalo cut Wildcat Red back to sprint distances. 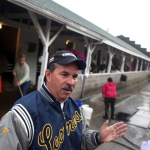 Wildcat Red, who will be a 5-year-old in 2016, is owned by Honors Stable LLC. The husband-wife team of Salvatore Delfino and Josie Martino Delfino are the principals of Honors Stable. They have homes in Venezuela and in Florida.

Gelfenstein Farm is in Ocala and is owned by the family of Venezuelan native Ivan Rodriguez Gelfenstein.

Grande Shores, C. Zee and Stalwalkin’ Dude are all Florida-breds who might take another crack at XY Jet in the Sunshine Millions.

If XY Jet wins or even hits the board in the Sunshine Millions Sprint, there is a good chance that he will be invited to the $2 million Dubai Golden Shaheen, to be run on March 26.

That race will be 1,200 meters (about six furlongs) on the tapeta artificial surface at the Meydan Racecourse as part of the annual Dubai World Cup.

No matter the results of the Sunshine Millions race, Navarro said he and Gelfenstein Farm will be cautious about whether to send XY Jet to Dubai.

He said Gelfenstein is doing research on how well U.S.-based horses have done in races in Dubai and how well they have done after returning home. The distance from Miami to Dubai is about 7,800 aerial miles and is a 16-hour flight each way.