Tiz the Law Will Not Run in Oct. 3 Preakness; Authentic Will Run Swiss Skydiver Possible

Tiz the Law, winner of this year's Belmont Stakes  and second place finisher in the Kentucky Derby will not run in the $1 million Preakness Stakes on Oct. 3.

Barclay Tagg, the trainer of Tiz the Law, announced that decision on Tuesday. He said he expects that Tiz the Law will race next in the Breeders' Cup Classic (Grade 1) to be run on Nov. 7 at Keeneland in Lexington, Ky.

Tiz the Law has been displaying some stiffness since the Kentucky Derby on Sept. 5, but otherwise is fine physically, Tagg told Daily Racing Form.

Authentic, the second betting choice, beat the favored Tiz the Law by 1 1/4 lengths in the 1 1/4 mile Kentucky Derby.

The loss was the first for Tiz the Law this year.  He  won the Holy Bull (Grade 3) and Florida Derby (Grade 1) at Gulfstream and the Travers (Grade 1) at Saratoga.

Trainer Bob Baffert is planning to run Authentic and Thousand Words in the Preakness. Thousand Words fell in the saddling area prior to the Kentucky Derby and was scratched from the race.

A field of between ten and twelve horses is expected for the Preakness, according to officials at Pimlico in Baltimore.

Mr. Big News, who finished third at 46-1 in the Kentucky Derby, is an almost certain Preakness starter.

Honor A.P., fourth in the Kentucky Derby, has been retired to stud. 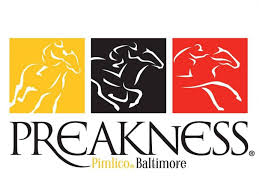 Because of the COVID-19 pandemic, this year's order of the Triple Crown races for 3-YOs (all Grade 1) has been changed from the traditional Derby-Preakness-Belmont.

Dr Post. Jesus' Team, King Guillermo and Swiss Skydiver all raced at Gulfstream and/or at Tampa Bay Downs at least once this year.

The Preakness is one of three races that trainer Ken McPeek has under consideration for Swiss Skydiver.

She later won graded stakes for fillies at three other tracks and finished second to Art Collector in the Blue Grass (Grade 2) at Keeneland, as the only filly in the 13-horse field.

Swiss Skydiver was the second betting choice at 2-1 in the Kentucky Oaks (Grade 1) at Churchill Downs on Sept. 4.

Gamine and Shedaresthedevil are not under consideration for the Preakness.

In press reports and onTwitter, McPeek has said that in addition o to the Preakness he is considering Swiss Skydiver for two Grade 1 stakes at Keeneland in Lexington, Ky.

McPeek has said the absence of Tiz the Law might raise the prospect of running Swiss Skydiver in the Preakness. She has won stakes races gate-to-wire and by stalking a fast pace.

Authentic won the Kentucky Derby in 2:00.61- -the sixth fastest time in the history of the race.

He led at every call, not loose on the lead but ahead by a length or more until the final turn when Tiz the Law made his expected move.

Tiz the Law moved to within a half-length, before  Authentic pulled away in the stretch.

There could be a fierce battle for the Preakness lead if Art Collector and/or King Guillermo are in the field.

Art Collector won the Blue Grass gate to  wire. He was scratched on the morning of the Kentucky Derby because of a foot injury that apparently has healed.

King Guillermo was the front-running winner of  this year's Tampa Bay Derby (Grade 2). Several days before the Kentucky Derby, he was scratched due to a fever.