Gulfstream Park will honor the memory of a racing legend on Saturday when it holds the $100,000 H. Allen Jerkens Stakes.

The race is named for the Hall of Fame trainer who died last March 18 at the age of 85.

It is two miles for 4-year-olds and up and is scheduled for turf—along with five other races on the 11-race card that has a first post of 12:35 p.m.

Gulfstream officials will decide on Saturday morning whether to keep the H. Allen Jerkens or any other races on the turf.

We will have an update after 10 a.m. on Saturday on this Web site and on our.blog

On Friday, rain forced Gulfstream to move its five scheduled-for-turf races to the dirt track that was sloppy and sealed.

The rain stopped in South Florida late Friday night.  The Saturday forecast has a zero percent chance of rain, with temperatures in the 60s and winds from the northwest at 20 miles per hour.

The H. Allen Jerkens is the ninth race with scheduled post of 4:35 p.m.

It has nine entrants, with Charming Kitten (No, 9 in photo on home  page) the likely heavy favorite if it stays on turf.  Because the race is late in the afternoon, after some expected drying of the turf, our expectation is that it will be on turf that is not listed as firm

Charming Kitten is the only horse in the race with a win at two miles on turf.  That was in the inaugural Belmont Gold Cup Invitational in June 2014 at Belmont Park.  It came on a course listed as good—the likely listing of Gulfstream’s course on Saturday.

The 6-year-old Charming Kitten is a son of Eclipse Award-winning Kitten’s Joy, and his human connections are all multiple Eclipse Award winners. They are breeders and owners Ken and Sarah Ramsey, trainer Todd Pletcher and jockey John Velazquez. 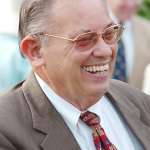 Charming Kitten comes into Saturday’s race following a win in the  W.L. McKnight (Grade 3) at 1 ½ miles on turf at Gulfstream on Dec. 26.

Charming Kitten gained his first graded stakes victory as he won by a neck over Kaigun, who is not in the H. Allen Jerkens.

Charming Kitten has four second place finishes and a pair of third place finishes in graded stakes. His record also includes a win in the 2013 Kitten’s Joy Stakes at 1 1/16 miles on turf at Gulfstream.

The horses that finished fourth, fifth and eighth in the McKnight are back for Saturday’s race.

They are St. Albans Boy, Roccia d’Oro and Morning Calm.  The lengths they finished behind Charming Kitten were 3 ½, 3 ¾ and 8 ½ respectively.

“He ran great in the McKnight,” Pletcher said of Charming Kitten. “He seems like he came out of it even better. He’s a solid, honest horse and it’s great to know that he’s got a win at two miles.”

The McKnight was the third start for Roccia d’Oro since coming to the U.S. last spring after racing in Italy. He won his first two races and was fifth in the Derby Italiano (G2) last May in his last race before joining trainer Tom Albertrani’s  barn.

“He came out of the race really well,” Albertrani said. “I thought he was in a bad spot throughout the whole race and never really got a chance to use himself.”

Albertrani added: “To me, when he ran his last two races, he seems to want to stay on so that gives me a little more optimism that he can get a little further.”

Charming Kitten and Morning Calm are the only H. Allen Jerkens entrants with experience at two miles on turf.

Saturday’s field also has Mucho Mas Macho, who won the 2013 Fort Lauderdale (G3) at 1 1/16 miles on turf at Gulfstream but since then is winless in 15 starts

Others in the Race

Rounding out the field are Good and Proper, third in the Bear’s Den Stakes last July at Gulfstream; Xaverian, making his stakes debut; maiden 4-year-old Neutronstar, and Matuszak, who ships in from Fair Grounds.

One angle for handicapping the H. Allen Jerkens is that none of the horses have a history of seeking the early lead.

It might be a case where one trainer pulls a surprise and has the rider take the horse to the lead and attempt to wire the field.

Matuszak is the only horse in the race whose experience is mostly on dirt, but he has not won a stakes Thus, Charming  Kitten probably would  be favored if the race is moved to dirt. 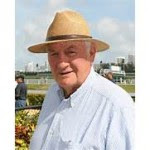 *H. Allen Jerkens is best known by many racing fans for wins by two of his horses over Secretariat in 1973, after that horse won the Triple Crown.  Those horses were Onion and Prove Out.