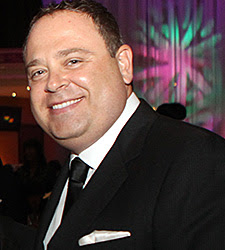 Wednesday, Aug. 19 – After seven years as the top racing official at Calder Casino & Race Course in Miami Gardens, John Marshall has taken a management position at another affiliate of Churchill Downs Inc. (CDI).

Marshall (above photo) this summer was named vice president and assistant general manager at Miami Valley Gaming in Lebanon, Ohio.

As Marshall has moved on, there are new and unconfirmed reports that CDI is considering a sale of part of the land at Calder that it has designated for a non-racing commercial redevelopment.

Miami Valley is a harness track that offers a casino with slot machines. It is a joint venture of Louisville, Ky.-based CDI and Buffalo, N.Y.- based Delaware North Cos. Delaware North manages food services and hospitality at several dozen U.S. stadiums, arenas and racetracks.

From late 2008 until this summer, Marshall was vice president and general manager of racing at Calder. Florida racing history will show that he was the man who had the job of turning off the lights on Calder’s racing operations.

He joined Calder at the end of a year when its handle began a steep decline, amid disputes with the Florida Horsemen’s Benevolent and Protective Association over purse contracts and other economic issues.

Calder’s problems soon grew with the onset of the bitter battle over racing dates with Gulfstream Park. The resolution came in July 2014, when CDI leased Calder’s racing dates to Gulfstream and its parent company Stronach Group through 2020. CDI continues to own all of the Calder property and manages its casino, offering 1,200 Las Vegas-style slot machines, a prototype plan for CDI’s other casinos.

All of the approximately 100 Calder racing employees except Marshall lost their jobs in mid 2014.

He remained at Calder to help Gulfstream officials coordinate the inaugural Gulfstream Park West meet at Calder last October and November. He stayed until the middle of this year to work on other details of the transition with Gulfstream.

Calder plans to tear down its grandstand building starting his December, shortly after the end of the Gulfstream Park West meet.

CDI and Calder have not yet provided details for redevelopment of land on Calder’s east side that until this year had housed barns with approximately 1,400 stalls.

Despite constant turmoil surrounding Calder, Marshall made and maintained many friendships in Florida’s racing community. But as conditions in Calder’s barn area continued to deteriorate, so did his working relationship with many trainers and owners.

In doing his job, Marshall was the public face of an out-of-town parent company that had become unpopular with many trainers, owners, breeders and fans.

Based on CDI being able to gain an agreement that lets it keep the Calder casino, one would have to say that Marshall did a good job from his employers’ perspective.

One also would have to say that it would have been callous if CDI had not found another good job for Marshall.

From a distance, it would seem that Marshall’s experience and friendly personality should help make him successful and popular at Lebanon Valley.

Unlike at Calder, Marshall is not walking into a smoldering controversy.

Lebanon Valley opened in early 2014 as one of the first racinos permitted in Ohio under a 2012 state law. It has a harness racing program that enables CDI to have a casino – one of the growth sectors of its business model.

That is an indication that money managers at mutual funds and other institutional investors do not give a horse’s tail about the way CDI treated employees, horses, horsemen and fans during the final years of racing at Calder.

But that apparently is not a concern for institutional investors. For them, what’s important is that CDI is reducing many of its expenses in racing while diversifying into new businesses and expanding its casino operations.

“Our second-quarter delivered record revenues and Adjusted EBITDA ($157.2 million) driven primarily by a fantastic 2015 Kentucky Oaks and Derby and by the contributions of our Big Fish Games division.  While all of our segments showed improvements, Big Fish Games was our largest growth catalyst for the quarter and further validates our strategy to enter the online and mobile games segment.”